Charles “Chuck” McCaslin grew up in Camarillo, California.  He has been involved in the special needs community since the day he understood his older sister had moderate-functioning developmental disabilities, took on the role as her Protector, and spent many summers volunteering with her Special Olympics.

He graduated from the University of the Pacific in Stockton, CA in 1987 with a degree in Drama.  Mid through post-college, Chuck worked in theatre gigs throughout California (and London, England), including running Sound for a touring musical for the disabled – featuring deaf and disabled performers, and directing a Bay Area acting workshop for D.D. adults.  By 1990, he had settled into the position Living Skills Instructor, then E.A. and Office Manager at Kainos in Redwood City, CA.  Kainos is a Living Skills and Vocational Training non-profit running 4 large group homes and a very busy work training center.  Yes, he still moonlighted in theatre.  In fact, he met the love of his life when they performed together in The Hobbit in 1993.

In 1995, Chuck and his new wife, Kim, relocated to her home state of Washington.  Here, they started a family and opened a ceramic baby keepsake business.  It wasn’t too long before they learned their oldest daughter had high-functioning Autism, and their other daughter was medically fragile.  So, they spent the next 8 years homeschooling their girls through high school – which included Chuck taking a job as the Drama and Musical Theatre teacher at the Parent Partnership School they went to in Monroe.  When they’d graduated, Chuck had a little more free time, so started working as a Special Education Para Educator at Sultan High School in 2016.

In his spare time, Chuck enjoys playing with his family, pet rescue and fostering, ATC (All-Terrain Croquet), Blues music and – when he has the energy – political debate. 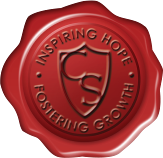 We are a non-profit empowering people with disabilities and those that support them to live extraordinary lives.